We´ve learned that the first CN 235 Persuader bought by the Mexican Navy has been spotted in Spain, at the EADS CASA Sevilla Facility.

The CN 235 Persuader is an all-weather maritime surveillance aircraft, developed by the Spanish EADS subsidiary CASA.

They can be equipped with a variety of radar systems such as the  Raytheon Seavue or the Telephonics APS 143 OceanEye.

The CN 235’s and C 295’s were ordered directly by the Mexican Navy, and should not be confused with similar equipment that may arrive thanks to the Merida Initiative Anti Narcotics Cooperation Agreement. 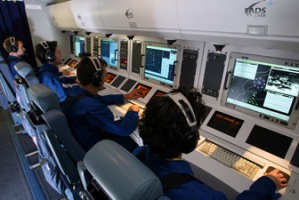